There are two ways to look at winter… Winter’s no fun, or, Winter Snow Fun!  There’s also a popular meme that says, “If you fail to find joy in the snow, you’ll have less joy, but just as much snow.”

In the spirit of finding joy in the snow, downtown Negaunee celebrates the season this weekend with their annual Heikki Lunta Winter Festival, back after a Covid break, with a full schedule of events today and tomorrow.

In case you’re not up on the history of Heikki Lunta, this description can be found on Wikipedia: In 1970, when an upcoming snowmobile race was endangered by the lack of snowfall, David Riutta, a worker at WMPL Radio in Hancock, aired the “Heikki Lunta Snowdance Song”. The song goes on to ask “Heikki Lunta,” the Finnish snow god, for snow, in time for the race. According to local tales, the snow fell and fell, until there was too much. People were believing that Riutta’s song had caused too much snow for the race, so in response to public outcry, Riutta recorded a separate track entitled, “Heikki Lunta Go Away.” 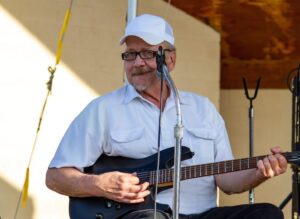 So Heikki Lunta has a complicated origin, but none of that will matter when folks gather in downtown Negaunee this weekend, where there’s plenty of snow.  Events include a sledding party, sliding at the luge track, an ice fishing tourney on Teal Lake, a fat tire bike race, a bonfire, and the inaugural Irontown Rail Jam.

And, you can bet the local pubs will be warm and welcoming with all the food and beverage you’ll need to enjoy the event.  Details can be found at the City of Negaunee website, or just Google Heikki Lunta.  It’s one-of-a-kind!

Other than sharing the same identity and concept, the Marquette and Negaunee events also have another thing in common… Mona Lang.

Previously, and for many years, Mona served as the head of the Marquette Downtown Development Authority, similar to what she’s doing now in downtown Negaunee, as a consultant to their DDA.

The Rail Jam is just one manifestation of Mona’s influence.  While she was at the helm in Marquette, the downtown evolved from a district struggling for identity to a must-stop destination. And though it takes a foundation of motivated business owners, like what we’re seeing these days in old Irontown, Mona’s presence and experience appear to be an invaluable resource as downtown Negaunee transforms into a destination all its own.

Mona is understandably optimistic about the future of downtown.  “It is definitely on a positive trajectory.  The overall strategy is to position the city as a recreation hub.  ‘All trails lead to Negaunee’ as the Iron Ore Heritage Trail, as well as the RAMBA, ORV, and snowmobile trails all converge adjacent to downtown.”

Using resources available through the Michigan Economic Development Corporation and various other grant programs, Lang says they’ll be able to facilitate some rebranding as well as physical improvements to public areas.  “We are currently working on the plans for a major reconstruction and streetscape project for Iron Street which will take place in 2023.”  That project, along with new businesses and improvements to current storefronts, should give downtown just the boost it needs. 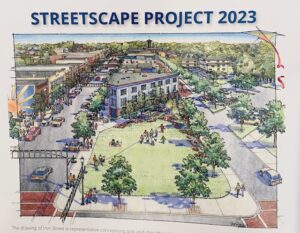 Of course, Mona’s not the only person responsible for setting the table. It’s important to give credit where credit is due, and there are plenty of cooks in this kitchen.  Ryan Nummela of Campfire Coffee, Scott Soeltner of Smarty’s Saloon, the Ridenours of Jackson’s Pit, and the Argall family of Tino’s, are just a few of the folks injecting new energy into the downtown scene.

Nummela’s coffee shop has been an instant success.  “The community support could not be more appreciated.  The downtown businesses appear to be very supportive of each other and the revitalization.  The city council and the people of Negaunee have equally been very open and welcoming to development.”

Soeltner, one of downtown Negaunee’s most vocal cheerleaders is also feeling the love.  “The DDA is doing a great job and there’s excitement back on the street.  It’s awesome to be a part of it.”

Jackson’s Pit was one of the first of the new wave of popular food and beverage joints.  Owner Mike Ridenour likes the way things have been developing.  “The positive shift really started with the hiring of Nate Heffron as city manager. Since day one, Nate has worked tirelessly on behalf of not just the downtown business and property owners, but the city as a whole. His reactivation of our DDA and the hiring of consultant Mona Lang has definitely put the revitalization of our downtown into overdrive.” 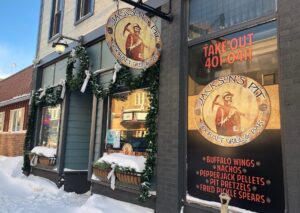 And there’s more on the way.  The Upper Peninsula Brewing Company should be open sometime soon, while at the same time, word on the street is that Negaunee native Rachel Grossman is transforming the former Chapper’s Bar into a fashionable Italian restaurant.  Yes, in Negaunee.

It wasn’t that long ago that there seemed to be more vacancies in downtown Negaunee than active businesses. Not anymore.  The residential real estate market is thriving as well, with a lot of buyers looking up the road as Marquette’s prices rise and listings become scarce.

David Riutta, the creator of the Heikki Lunta legend, passed away in 2015.  Daughter Lynnette says her dad was a humble guy who didn’t seek the spotlight.  “I honestly don’t think he realized just how popular Heikki Lunta was. He spent the majority of his life in the UP, and he was not very tech savvy, so I don’t think that he truly knew how well-known and loved his songs had become.”  He probably never imagined a Heikki Lunta festival in Negaunee either, but here we are.

Events that make winter more glam than gloom, like the Heikki Lunta festival, only serve to make Marquette County communities, like Negaunee, a destination, and no longer just a reminder of the mining days of old.

Last week we reported about the changes at Local 3 – WJMN-TV, using the information we had available at the time.  Since then we’ve heard from Mike Smith, Vice President/General Manager of WJMN.  Regarding the discontinuation of network affiliation with CBS, Smith said, “CBS decided to go with another station in the market.  We were notified at Local 3, and a couple of days later, we were a new independent station.”

Stuff happens.  Over the past several decades we’ve seen many changes in our local TV offerings.  This is just another one on the list.  Is losing that network affiliation a knockout blow to WJMN?  No.  The Big Three networks don’t carry the weight they once did.  And, according to Smith, they’ll respond with changes to their programming that address the viewing demands of the local market.  “We’ve doubled-down with our local news programming and will continue to deliver important local news, weather, and sports – along with entertainment programming to our viewers throughout the UP.”

They can still adequately serve the area without airing “The Young and the Restless.”  (Sorry soapers.)  Regarding local involvement… they’re a major sponsor of Negaunee’s Heikki Lunta Winter Festival and, according to Smith, will continue to be involved in community events. 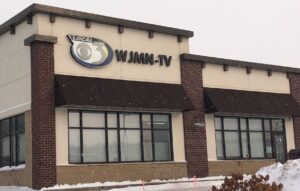 Their new independence will actually allow for an additional commitment to things of interest in the area.  Smith says, “We’re looking at how and when we might be able to expand our staff, once we figure out the potential for local programming expansion.  We’ll be able to program much of our time for our local audience in the UP, not necessarily what a network thinks will work in NY, LA, or Chicago.  We’ll have more flexibility all the way around.”

For those of you who have difficulty finding them, Smith says, “We’re still broadcasting over-the-air on Channel 3.  However, the channel position switching is up to all the different cable and satellite distributors, so our corporate people are continuing to work with them on this.  We’re working on putting a comprehensive list on UPMatters.com.”

CBS network programming is now available on MeTV Marquette.   For more info on that, visit their website at metv.com.

Without much notice of the change, it looks like WJMN has had to do some scrambling.  Fortunately, local programming is still where you establish your identity, and the departure of CBS hasn’t changed that. As with anything that happens in the television industry… we’ll be watching.