The mythical bird re-arising from its own ashes is an appropriate metaphor for the Marquette County YMCA.

A year ago, it was more than $7 million in debt, its very future, with 5000 members, was in doubt. It sold off some assets but  it was still $5.5 million in the red. A staggering sum for a small town YMCA.

But the doors remained open. New, enlightened leadership and a new, energized board took the reins.

And now after a year of painful staff and program cuts, and countless hours spent with lawyers and a bankruptcy judge, a very bright light has appeared at the end of the tunnel. The YMCA will likely emerge from bankruptcy by May with a debt of less than $2 million dollars. (And yes, some of the creditors got screwed in this, but that’s how reorganization works.)

The debt is now manageable. And it ensures that the Y will continue to serve its community.

Two women–Board chairwoman Michele Butler and CEO Jenna Zdunek–have led this revival. But the broader message is that when an entire community decides to do something really important, even against all odds, it can do it. 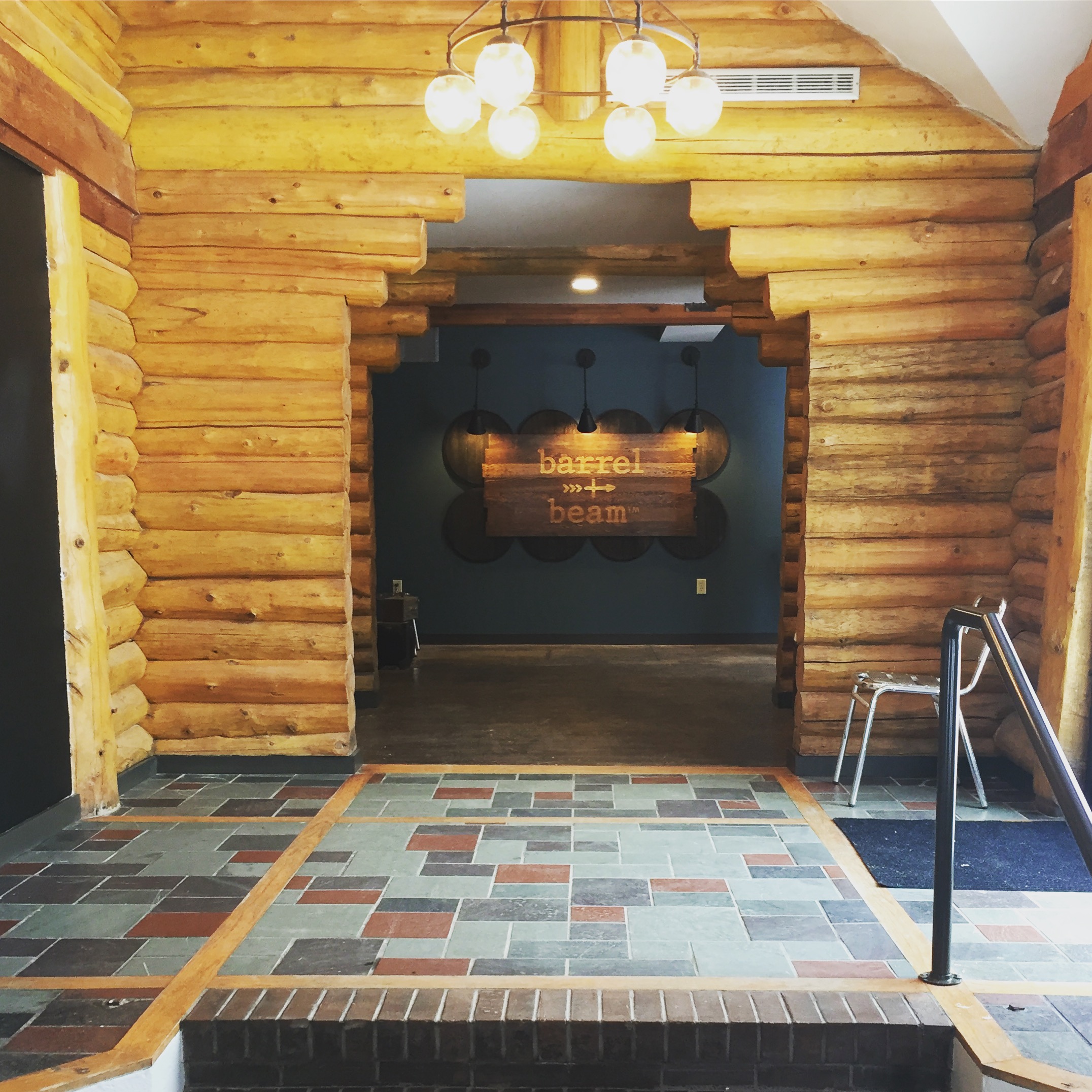 BARREL AND BEAM, the much anticipated brewery in the Township, is opening its doors to the public on Saturday, January 27th.

Noon until 8 pm. It’ll be open only on Saturdays, at least initially.

It’ll offer three beers to start–farmhouse and barrel-aged ales, it calls them–and then will add on to the offerings as months go by. Also a few soft drinks for non-drinkers, and snacks, as well.

The hope is that food trucks will also come by but some of the trucks are less active or out of town during the winter. Seems like the grand opening of this newest brewery might prove lucrative for someone offering prepared food.

The transformation of the former Northwoods Supper Club into Barrel and Beam began less than a year ago. That’s a pretty tight schedule. 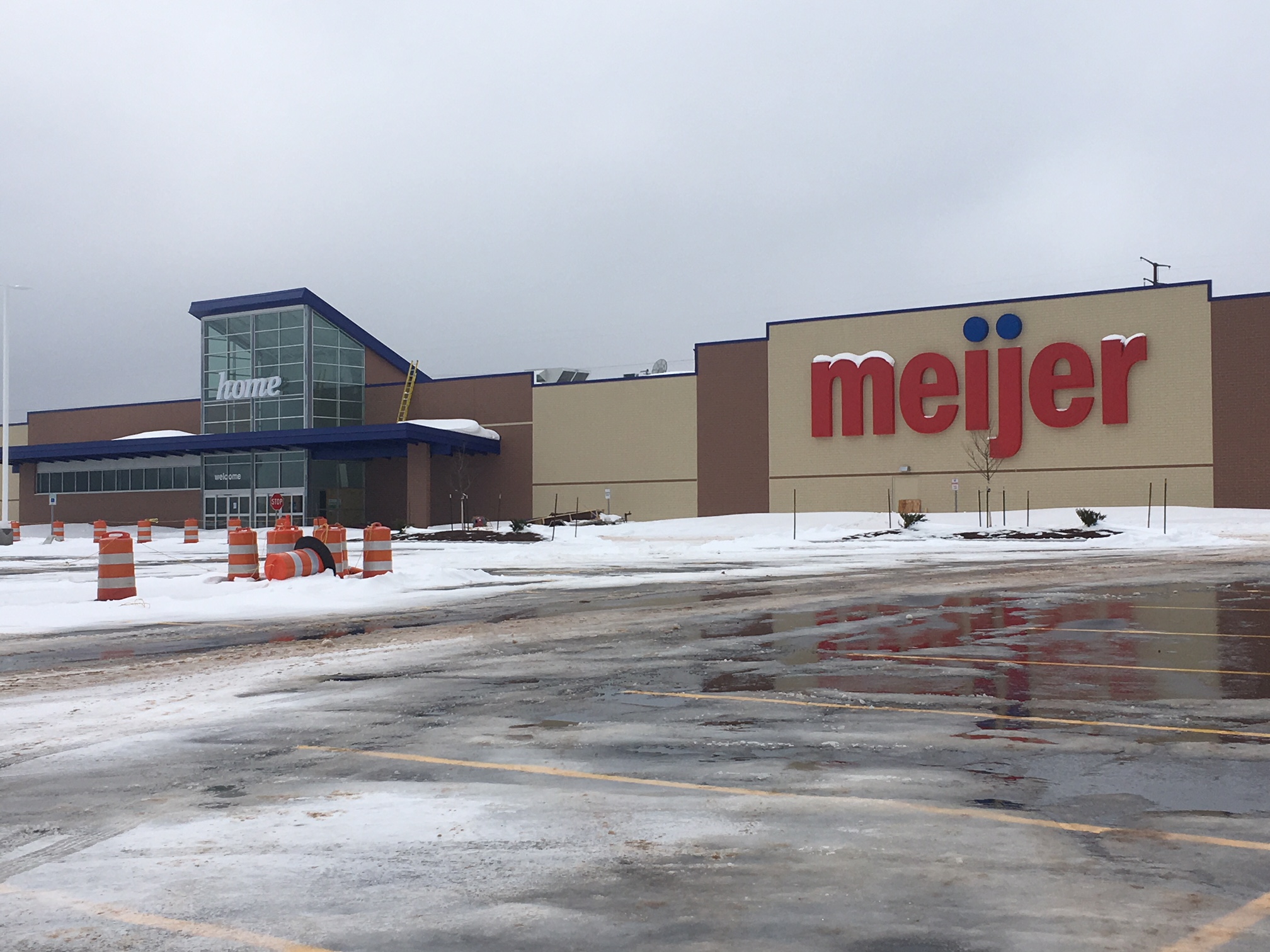 LOOKS LIKE MEIJER is reaching out to downtown Marquette.

We’ve heard that the superstore opening out on the highway later this year has contacted the Downtown Development Authority, the Chamber of Commerce, and the Convention and Visitors Authority in recent days. Meijer says it wants to be involved in the downtown events.

That’s a good thing. For years there’s been a bit of a rift between the big box stores in the Township and the smaller stores in the city. It need not be that way.

“We’re not competing with the box stores,” says Mona Lang, the executive director the DDA. “We’re a different market. We have different products. Those big box stores bring people downtown. It should be a good relationship.”

Meijer spokesman Frank Guglielmo agrees. He says Meijer always makes a concerted effort to be part of the overall community. Further, he says, Meijer will present checks to local organizations when it opens it doors, likely early this summer.

The gas station, by the way, will open 30 days before the store itself actually opens. 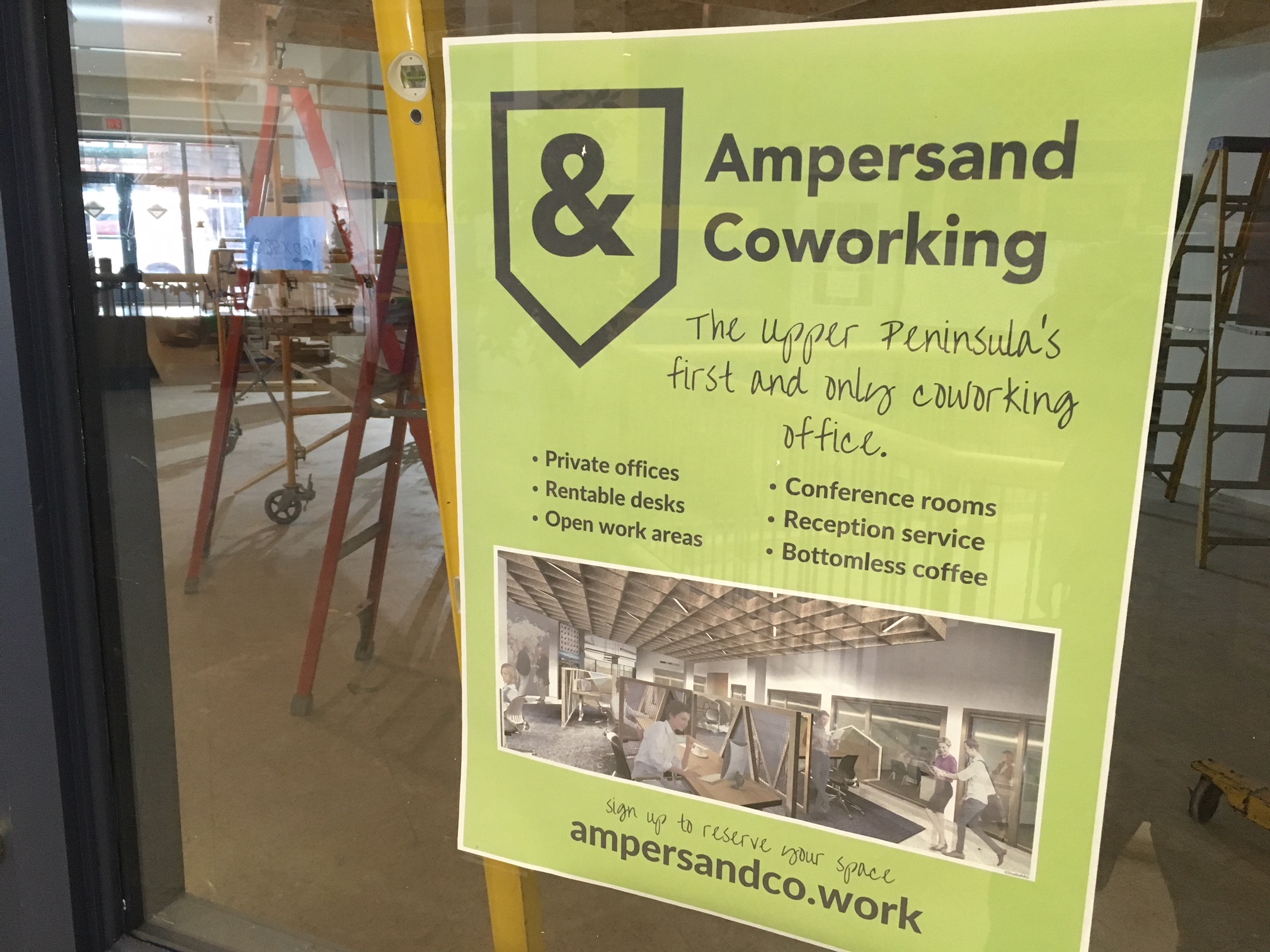 AS AMPERSAND–THE Chamber of Commerce-sponsored co-working site–nears its February 1st opening date, the questions are still out there: Will it be successful? Will it be financially sustainable?

Jason Schneider, the Chamber’s executive director, says as of now, about 50% of the office space is rented. He says its break-even point is 58%.

That’s close enough for an operation that hasn’t even started yet. The hope is, once it gets underway, other potential clients will jump on board.

It’ll be more than just a cluster of offices, by the way. Schneider sees it as a gathering place for Chamber members and idea people for work, play, and relaxation: complete with movies, video games, coffee klatches, even yoga.

That’s the way some people do business these days. And they’ve done it very successfully. 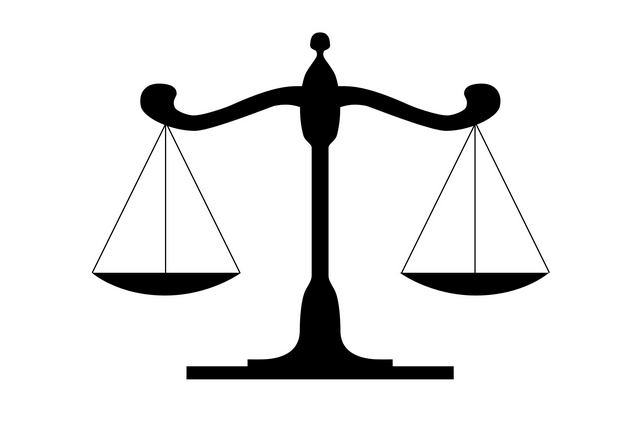 “SHE IS GETTING a slap on the wrist unless we show our elected judicial servants that we are not at all satisfied with this form of justice.”

The words of Dr Heidi Johnson, the optometrist who was the victim of an embezzlement scheme by a former employee, Jamie Tasson.

Johnson says Tasson has reached a plea agreement with prosecutors that calls for eventual reimbursement but no jail time. “I was not at all happy with the prosecutors plea offer and the fact that a woman can steal $300,000 and not see the inside of a prison cell,” Johnson says. 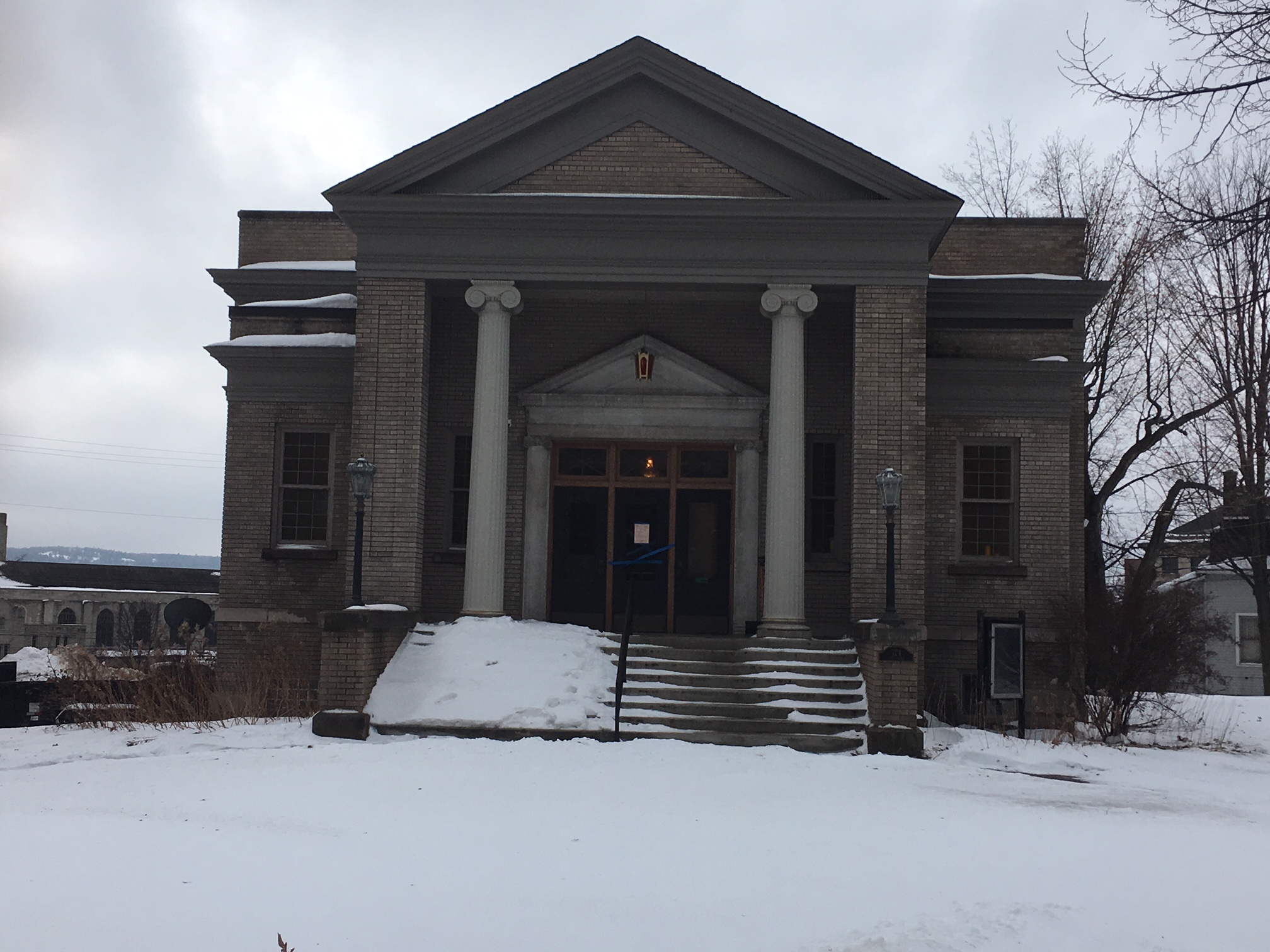 DON’T CALL IT the Citadel anymore.

The distinctive Neo Greco building is now officially the synagogue for the Temple Beth Sholom congregation in Marquette County.

Some final construction touch-ups are still taking place, but the congregation held its first services in their new home last Friday. They intend to hold services every three or four weeks along with other meetings of its members.

The Citadel, of course, was formerly the home of the Christian Science church. It’s also served as a residence and as a B & B. Now its role, as the center of Jewish activity in Marquette County, seems stable and secure.

Good news for the building and the community.

BIKE MAGAZINE’S Bible of Bike Tests is now on the newsstands.

You might recall that the magazine brought an entourage to Marquette County last fall to test out the latest in bikes.

And by “bikes,” we don’t mean the shiny little gift you gave to Junior for Christmas. We’re talking about the serious stuff where $2500 will buy you a good, solid, serious bike…and $5000 will buy you something nicer. Something much nicer, in fact, than that beater of a sedan you’ve been driving around town.

Quoting: “We also take you inside the mountain bike community in Michigan’s Upper Peninsula, where locals built a single track utopia through diligence and unending commitment to the cause…”