A new lease for the artists

A year ago, its future was in doubt because the artists—and there are about 40 of them–weren’t sure whether they could afford the rent at the expansive space in the heart of the Third Street shopping district.

Fearing that they would have to vacate, they were looking around for another, likely smaller space. Or maybe, simply disband the co-op.

But fast-forward a year, and all is well.

“The past year has gone well for sales,” says Zero Degrees chairperson Norm Hefke. “The tourist season helped a great deal, plus Third Street events and our own marketing brought local people into the shop.”

If Marquette is to maintain its identity as an artsy, outdoorsy town where small, locally owned businesses can survive and thrive, then there has to be a place for shops like Zero Degrees. Fortunately, it looks like there is. 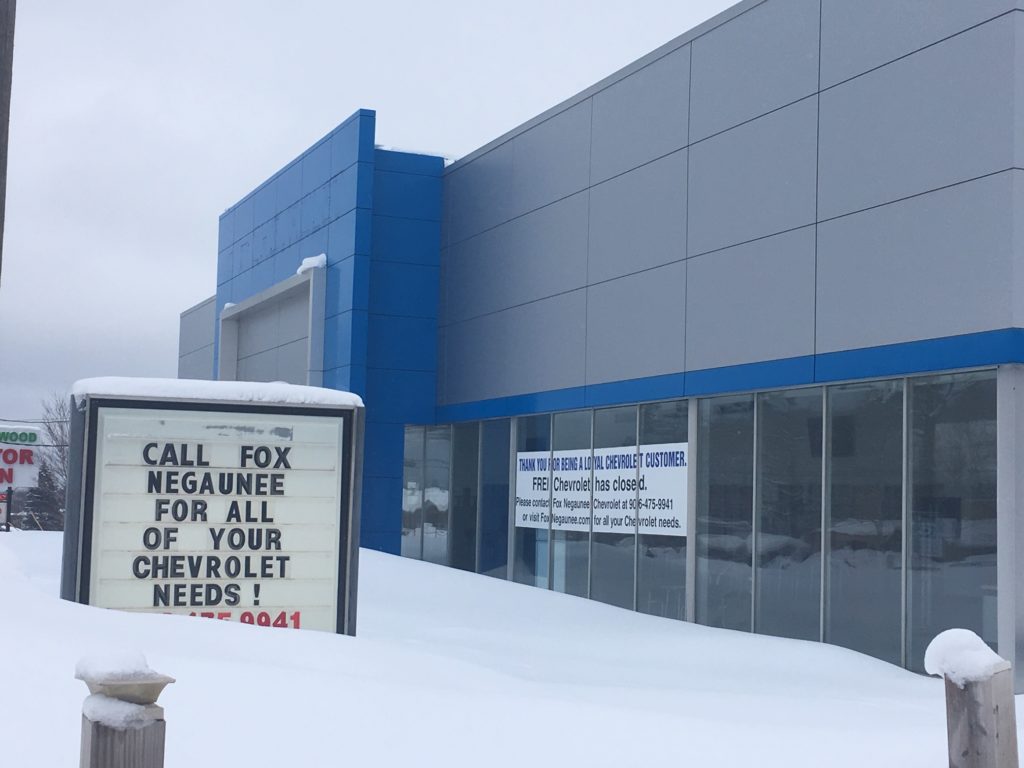 A new Chevy dealer in Marquette

AS EXPECTED, THE old Frei Chevy property and building will soon come back to life–as Fox  Marquette Chevrolet.

Opening up in March.

“We’re still trying to determine exactly what we’re going to do there,” says Fox Negaunee brand manager Luke Hubbard. “We’re waiting for further word from our headquarters in Grand Rapids.”

Meantime, Fox has posted jobs online for the new dealership. Something else–Jim Grundstrom, the former owner of the now defunct Frei Chevrolet, has indicated via Facebook that he’ll be joining the team at Fox. It’ll be good to see Grundstrom, a longtime business and civic leader, back in action.

As for Chevy owners in the Marquette area, they have to be especially pleased. They’ll again have a Chevy dealer in their neighborhood.

Tourism is flattening out

NOT A SENSATIONAL year for tourism in Marquette County.

It’s up just under 3% for the year, according to Travel Marquette. The number is derived from hotel revenues.

September was up 2.5%, October was down 2%. It’s been that way most of the year, and Travel Marquette executive director Susan Estler reports that hotels have been telling her agency that both November and December seemed “soft.”

No surprise, really, that there’s been a flattening out in the growth. A few years ago, Delta’s Sky Magazine ran not one, but two huge articles on Marquette and the Upper Peninsula. That had to spur interest in what had been a low profile tourist destination. Especially for those who didn’t want to spend money going overseas.

Steady, but more modest, growth is likely what we’ll see in the years ahead for Marquette and the UP. 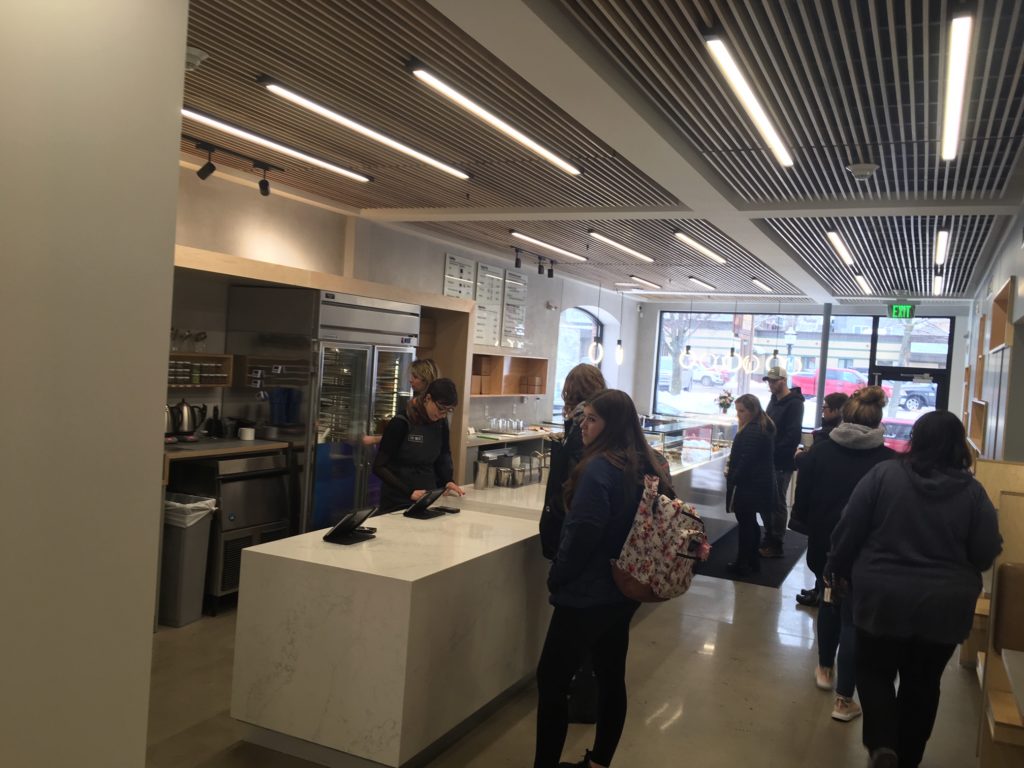 Coffee shops in Marquette, that is.

Okay, that’s just a bit of an exaggeration, but you get the idea.

Finally, after more than a year’s delay, 231 West, the patisserie and coffee shop three doors down from Babycakes on Washington Street, opened for business this week.

Spacious, two stories, filled with light, both natural and artificial. A clean, sleek, modern look all around. Room for 90 diners and drinkers. An open kitchen where the bakers are doing their magic.

The space is not as intimate or cozy as Babycakes or The Crib. It’s more like Contrast Coffee, only larger. 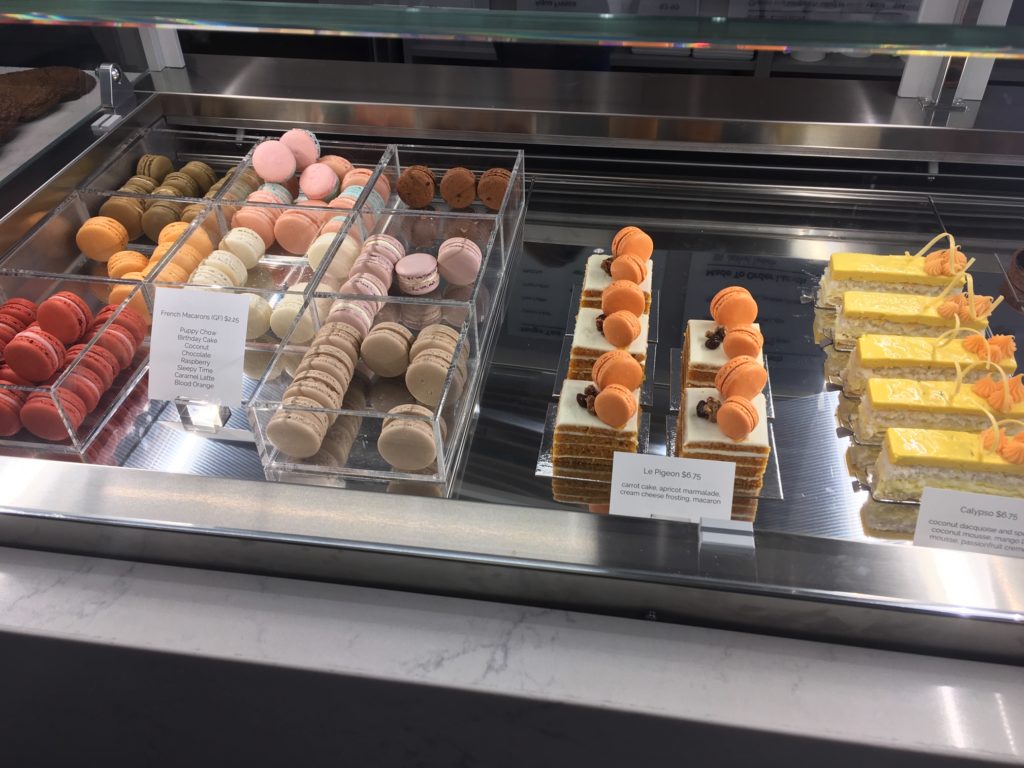 And don’t look for a tip jar at the counter. “We’re not allowed to accept tips,” says a smiling barista. “We’re very well paid by our owner.” She seems to mean it.