La Catrina, Border Grill, and the UP 200

“WE’RE HOPING TO open this month.”

The words of Carlos Romo, one of the owners of La Catrina, the new Mexican restaurant in the WJMN Plaza in Marquette Township. We wrote about it  extensively a few months ago.

Romo’s being a bit optimistic, perhaps, but clearly there’s been progress. The exterior sign went up a few days ago, the kitchen equipment has been installed, a staff is being hired, and work in the dining area is being completed.

What’s missing? A liquor license. Seems we’ve heard this before, but Romo says they’re working on it, and hoping to have it soon.

Will they open even if they don’t have the license? Romo says yes. The restaurant’s opening has already been delayed a few months. They’re eager to get underway.

Houghton diners will get a taste of something new

BORDER GRILL IS branching out.

The company has purchased the old, closed down KFC/Long John Silver’s building in Houghton and will convert it to Border Grill’s fourth franchise. Two others are located in Marquette, and one is in Negaunee.

“Houghton will be a good market for us,” says Nathan Mileski, who oversees food operations for Focus Restaurant Concepts which owns Border Grill. “We’ve seen a lot of guests from the Keweenaw coming through our restaurants in Marquette and Negaunee.”

Anticipated opening date for the Houghton restaurant is June 1st.

Any other expansion planned for the company? Mileski says yes, they are considering a couple of different possibilities–either another Border Grill or possibly an entirely different concept for a restaurant. 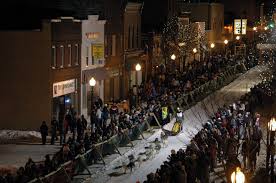 Weather is cooperating for the races

THE UP 200 has seen it all over the past three decades–too warm, too bitterly cold, too snowy.

But this year looks ideal.

“There’s plenty of snow on the trail and it’ll be cold,” says WLUC meteorologist Karl Bohnak. The dogs take off Friday evening, and right now, it looks like the weather will be in the teens.

“That’s perfect. The dogs will like it,” says Darlene Walch, the president of the UP Sled Dog Association.

The numbers for the UP 200 (actually 238 miles) have been declining in recent years–remember when there were 30 or more entrants?

It’s an expensive sport–you’ve got to feed, house and train a large pack of dogs throughout the year, plus give them medical care–and the financial rewards aren’t all that great. The winner this year will pocket $7800, the 15th place finisher will get $450. The 16th place finisher? Nothing.

You have to love the sport and the dogs to stay with it. “It’s kind of like running a farm and having a sailboat,” Walch says.

The races have become such an integral part of Marquette County in the wintertime, you have to hope the sport can survive. An infusion of cash from the sponsors is essential.

Oh, one major change this year–in the Midnight Run. The finish line will be the Ojibwa Casino in Harvey, instead of Lower Harbor Park. A couple of reasons. They wanted to cut a few miles off the race, and they wanted to stay off the trail into Marquette Saturday morning, because it can sometimes get busy with snowmobiles.