A campaign to recall city commissioner Andrew Lorinser has started, apparently because of his very public support for a name change for the Marquette Senior High School Redmen.

One of the most outspoken leaders of the recall campaign is Kristi Campbell, an MSHS graduate who now reportedly lives in West Virginia. Two attempts by WOTS to contact her have failed to get a response.

Her stated purpose for the recall on social media is this: “Commissioner Lorinser has continuously alienated the Marquette community through his divisive actions and continuous statements…”

Lorinser said he’s a bit baffled by the campaign (which apparently has more than 300 supporters)…a bit bemused…and yes, he admits, a bit hurt.

“I’ve been very transparent about the Redmen issue and how I’ve felt for three years,” he says. “But this is a democracy, this is their government. I get it. I just wish I could sit down with them and discuss it. I’m not an agitator.”

Now, this is where we in the journalism business announce that we’ve buried the “lede” of this story: Michigan law states that any elected official serving more than a two year term (commissioners serve three years) can’t be recalled during their first year.

A petition can’t even be taken out in the first year. So, since Lorinser took office just last November, a recall drive couldn’t really start until this coming November.

And finally, an irony alert: The recall movement has apparently gained steam in the last few days on the social media forum “UP Politics and Public Policy“….the very same site started a few years ago by a guy known to be very savvy about social media. His name? Andrew Lorinser.

Crazy times. Polarized politics. And social media, even with the best of intentions, isn’t helping. 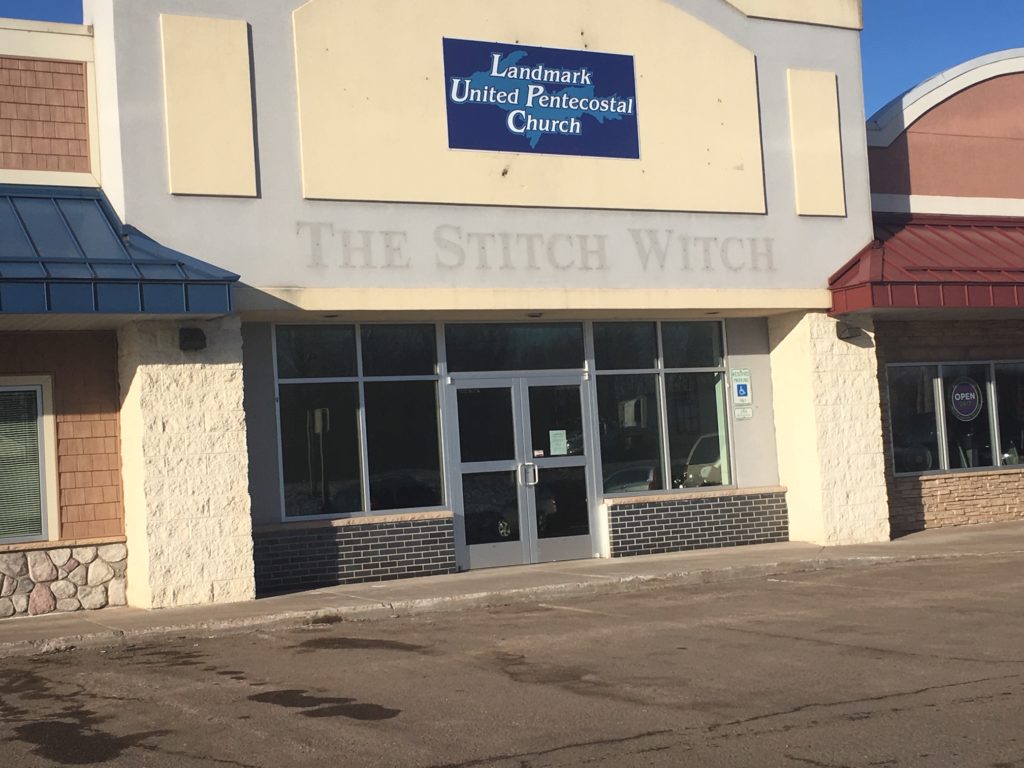 Another church moves to a mall

LOOKS LIKE A trend–retail is out, religion is in.

NORTHIRON Church is getting ready to move into the Westwood Mall–in the former Penney’s space, and now Landmark United Pentecostal Church has set up its sanctuary at a Harvey strip mall, in a storefront recently vacated by the Stitch Witch.

“We’re excited,” says Pastor Robert Childress. “We see really good traffic at that intersection (US 41 and MI 28) and we’re expecting to grow the congregation.”

The congregation now numbers only in the twenties but Pastor Childress is optimistic because finally his church has a place of its own. It previously held services at the First United Methodist Church in Marquette and at the Orianna community center.

The mall location is only temporary quarters for the church, the pastor hopes. The congregation has started a fund to move to a building of its own. 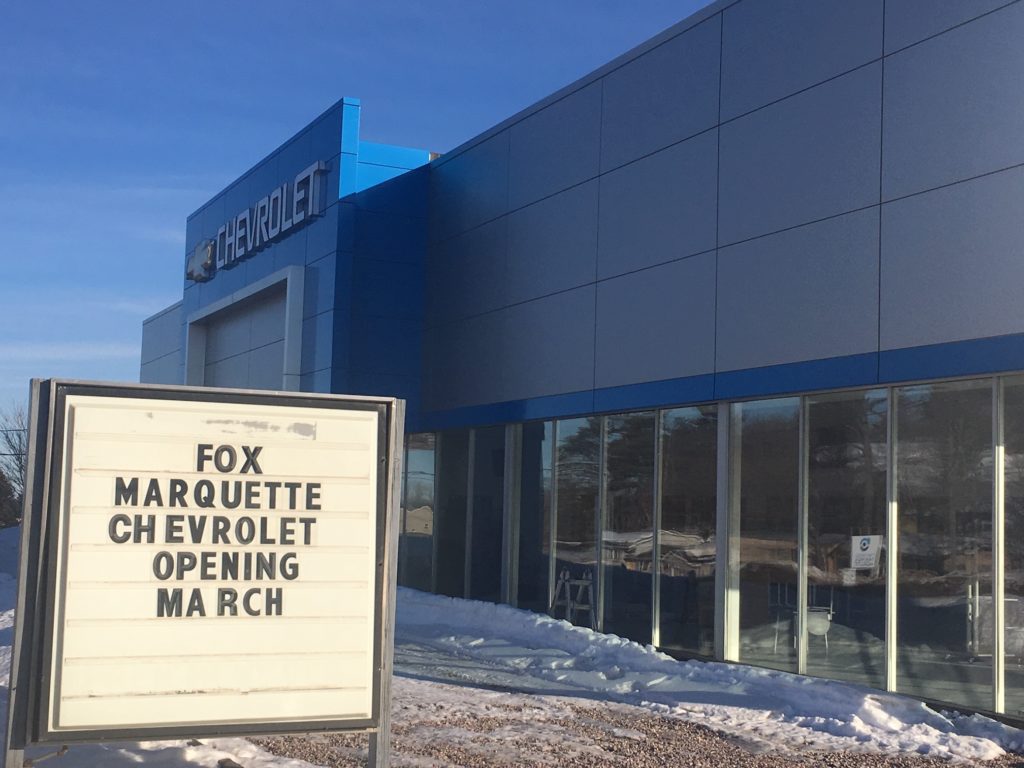 Maybe that sociology degree wasn’t such a good idea, after all.

Five dealerships, 200 employees. A major employer in the county.

Maybe not a monopoly, but that’s a big hunk of the new and used vehicle market here.

Statewide, Fox has 52 dealerships and 2000 employees.