The Courtyards, the Underachiever, and the “F*ck Yeah” Phenomenon

WELL, THE SIGN’S up on south Marquette’s newest commercial establishment, The Courtyards. The parking lot’s been striped.

“Within a week,” says owner and general manager Don Durley. “No, let’s say within two weeks, just to be sure.”

Don’s son, Chris, will be assistant manager at The Courtyards. He, himself, has had plenty of experience the last four years operating restaurants in Madison. He actually started his career as a dishwasher at Lagniappe, his dad’s signature restaurant in downtown Marquette.

Plans still call for The Courtyards to be strictly a bar when it opens. Food will be introduced later on this year. 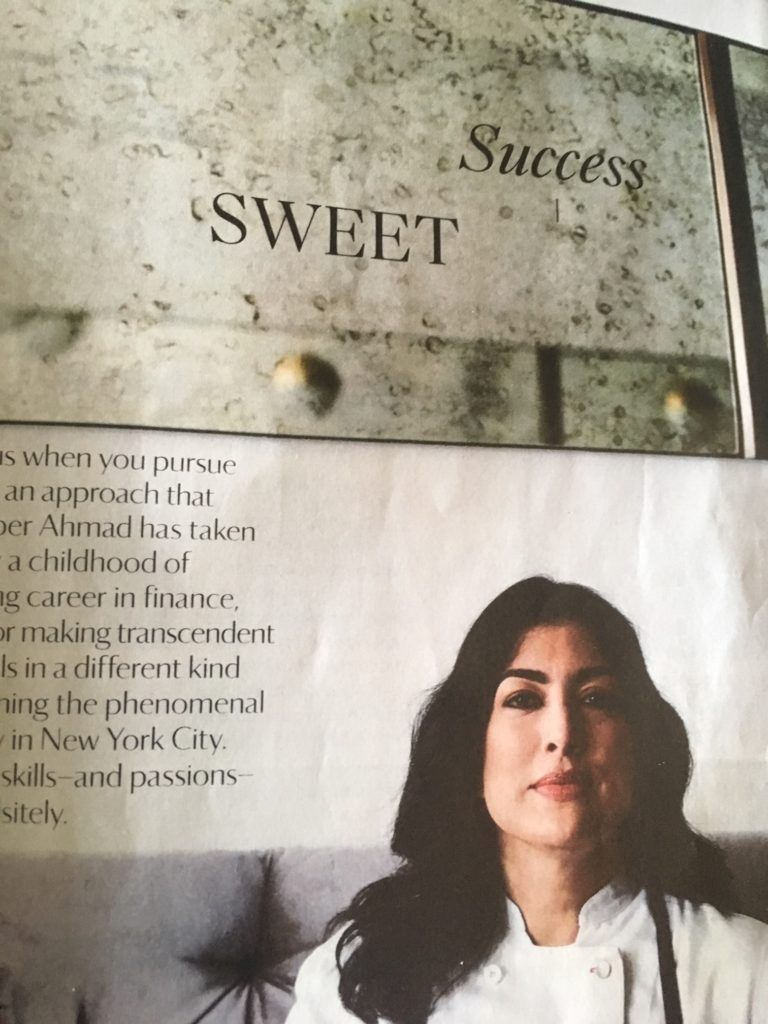 Umber Ahmad grew up in Marquette.

SOMETHING FROM MARTHA STEWART LIVING magazine in March that you (and we) might have missed.

An article titled “Sweet Success” about former Marquette resident Umber Ahmad. She grew up here with her family and is now living in New York.

Along the way, she became a pilot, played violin professionally, got degrees from MIT, the University of Michigan and Wharton, and became an investment banker and consultant. Kind of an underachiever.

And oh yeah, the reason behind the magazine article? She owns a nationally famous bakery.

Quote: “Inspired by a childhood of travel, a soaring career in finance, and a special talent for making transcendent confections, she deals in a different kind of dough today, helming the phenomenal Man-Ze-Dahr bakery in New York City.”

Her bakery items are offered through Williams-Sonoma and on Jet Blue flights. Sounds like she’s doing all right.

Included in the article are several of her recipes including Baklava with Honey-Lemon Syrup, Finnish Cardamom Bread, and Pakistani Rice Pudding. 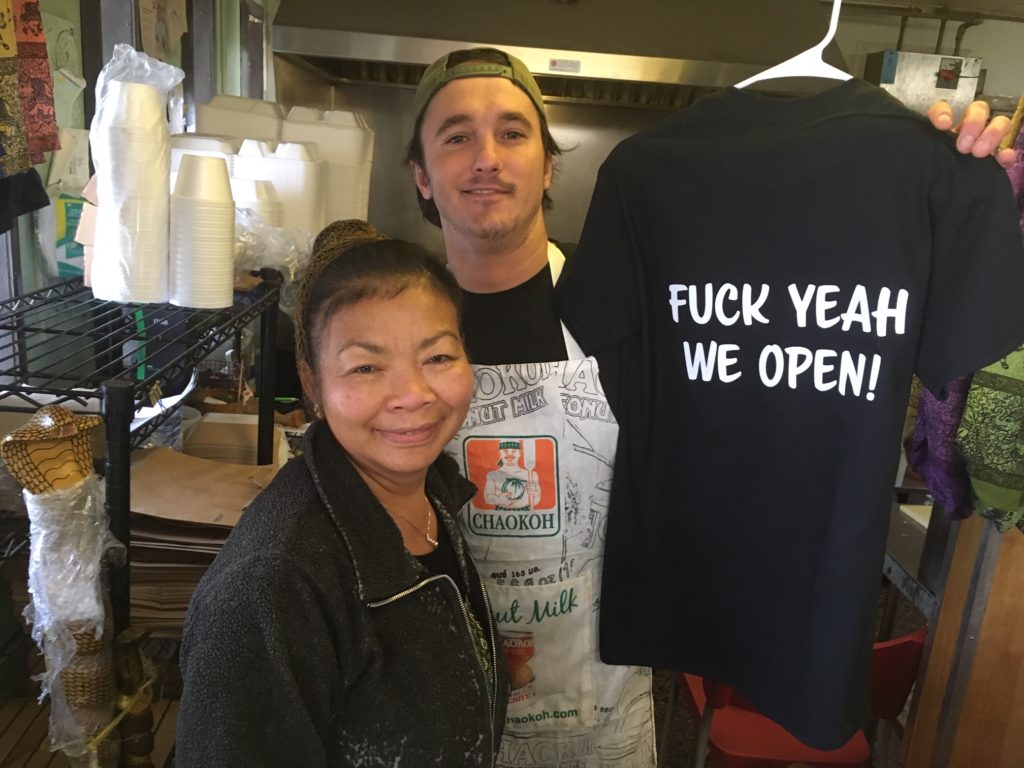 Aoy Lachapelle and Josh Glomb are selling the T-shirts at the Rice Paddy.

SO YOU WERE wondering whether there’s been any negative feedback on the Rice Paddy’s eye-catching promotional T-shirts?

Nope, nothing so far that they’ve heard at the little takeout restaurant in north Marquette.

Quick background: Last February during an ice storm, most of Marquette closed down. Not the Rice Paddy, In fact, they announced in coarse…but enthusiastic…terms on their Facebook site that they remained open. The posting went viral. It ended up on Reddit, an American social news aggregator. A lot of publicity, a lot of chuckles.

And now, at the Rice Paddy, owner Aoy Lachapelle is selling T-shirts featuring the memorable posting.

Brisk sales. Not only locals but visitors from California and Colorado. They even had a call from Singapore asking her to ship one overseas.

Turns out, Aoy, her husband Greg Trick, and her employee Josh Glomb initially had some concerns about using the controversial word on the T-shirt. They were planning, instead, on using “F*ck” but fans of the Rice Paddy said, no way. They wanted the genuine article. They got it.

Trick, by the way, says we won’t catch him wearing the T-shirt, but he says it with a smile. He know it’s just more good-natured promotion for one of the smallest, yet most popular, restaurants in Marquette.