The Latest on a New Hotel, a Planned Brewery, and a TV Anchor

THAT BEST WESTERN Hotel planned for the property just south of Jeffrey’s Restaurant and Econo Foods is a step closer to reality.

Developer Andy Moyle says he intends to break ground on it next spring.

The Marquette Planning Commission has given approval to the hotel with a couple of conditions that still have to be ironed out. Specifically, plans for wastewater drainage and some parking issues.

Plans call for a three story hotel (originally it was four stories) with 82 rooms.

So, another hotel to be built here even while the Fairfield Inn and its 92 rooms are already under construction near the lake?? Sure, tourism is increasing in Marquette, but is there truly a market for all these new hotel rooms?

Moyle has an answer. “Here’s the thing with the hotel business,” he explains. “The new hotels replace the old hotels.” What he means is that there are some aging hotel and motel properties in Marquette that are attracting guests now only because the visitors don’t have any other options. The new hotels, once they’re built, will take those guests, and the older hotels and motels will…Well, we don’t know what will happen.

But that’s Moyle’s rationale behind jumping into the market.

He’s hoping the Best Western, assuming it resolves its remaining planning issues with the city, can open by Christmas of 2020.

NOT SO FAST on those plans for a new brewery in south Marquette.

The old Carpenters and Millwrights building was recently bought by an out-of-state family with ties to Marquette and NMU with the intent of converting it to a brewery.

Alert passersby noticed recently that an “Available” sign has gone up outside the building. So, what gives? For sale again? For renting or leasing? And what the heck happened to the brewery plans?

The property owner still wishes to remain unnamed but assures us that a brewery is still in the plans, possibly along with apartments, but for now, they’re hoping to rent the building out for a short term. Maybe six months, likely less than twelve months.

Realtor Terry Huffman confirms the plans. He says frequently there are businesses that need a space–for storage, for example–for the short term.

But this also likely means that renovation of the building, which dates back to 1850, won’t get underway this year…and the brewery lies even further in the future.

South Marquette imbibers, in the meantime, will have to content themselves with the two other drinking establishments that recently opened in their neighborhood–the Courtyards and Drifa. 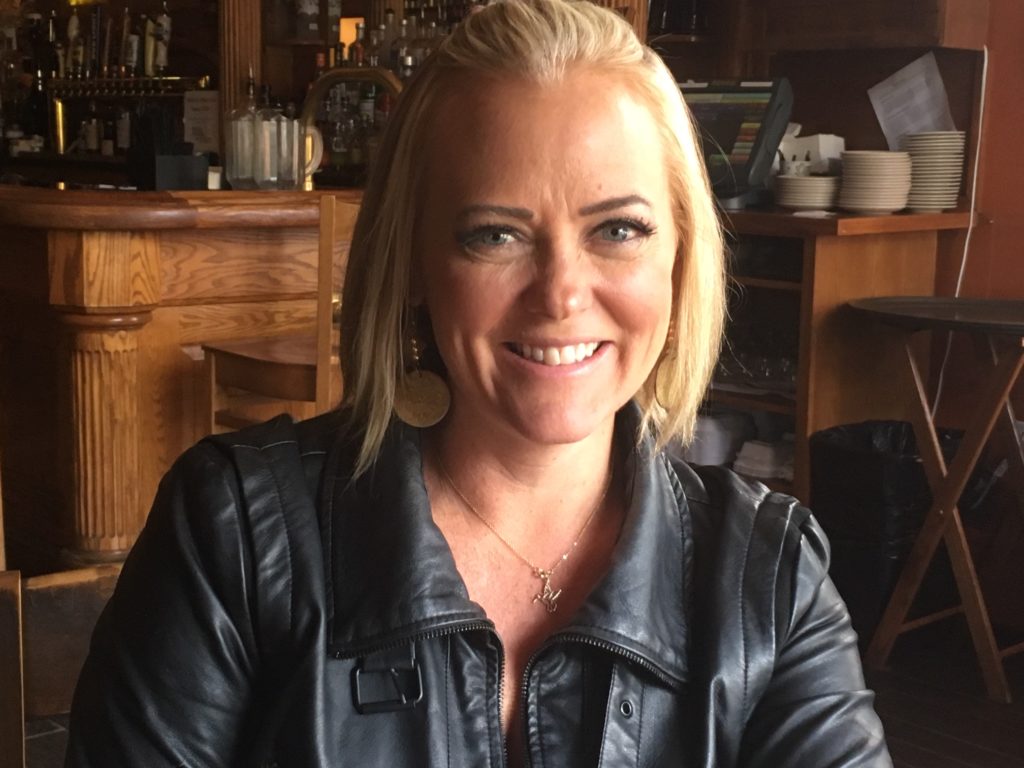 A ONCE FAMILIAR face will soon be returning to our TV screens.

Elizabeth Peterson. Remember her? She was Steve Asplund’s co-anchor on TV6 several years back, and before that, she anchored at ABC10.

She left TV6 to help start up what was then the brand new Ishpeming-Negaunee Chamber of Commerce. After that, she took a job as sales director of the Northern Center at NMU, handling all non-academic events there. And now, it’s back to TV.

“It’s just time for a change,” Peterson says. “I’ve loved doing events at NMU, but I’ve always told myself that if something opened up at NMU that I really liked, I wouldn’t let it pass me by.” She loves broadcasting, she loves journalism, and she’s got an appealing manner on TV, so this seems like a good fit.

She’s hoping that once she gets settled in at WNMU, she’ll be able to expand her–and the university’s–horizons with more local and regional documentaries. That’s something this market could use.

By the way, Peterson’s departure from the Northern Center coincides with that of chef Nathan Mileski, who handled all the culinary duties at NMU. He recently announced he’s leaving NMU to take an executive position with Border Grill.